What Could Be Causing Your Breathing Problems?

Do you have breathing problems such as wheezing, shortness of breath, a chronically stuffed nose, or throat tightness? If so, you should seek a consultation with your local ENT physician. These doctors have numerous ways to diagnose and treat your breathing problems associated with the nose and upper airway so you can function well and get on with your daily life. 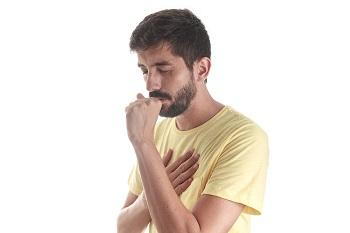 The symptoms of breathing problems

Breathing problems associated with asthma, pneumonia, COPD, or bronchitis usually differ from those stemming from the nasal passages, larynx, or trachea. For respiratory difficulty associated with the lungs, patients see a pulmonary specialist. For the upper airway, people see an otolaryngologist.

What are the symptoms of upper airway breathing problems? You may experience some or all of the following:

What could be the cause?

According to Michigan Medicine, chronic or acute sinusitis (aka sinus infection) affects millions of people in the US. If left untreated, sinusitis leaves patients feeling fatigued due to the increased symptoms of coughing, congestion, and nose blowing.

Common causes for acute sinusitis include inflammation from allergies and exposure to viruses and bacteria from environmental pollution. Chronic sinusitis may stem from exposure to tobacco smoke, although it arises more commonly from nasal polyps, inflamed sinus turbinates, and deviated septums.

As related to the upper airway, your ENT will ask you to describe your symptoms. Then, your nasal passages and sinuses will be examined with an endoscope, a thin, lighted tube which contains a small camera.

The otolaryngologist takes images of structures which could be obstructing your airway and causing your symptoms. Precise CT scanning gives the doctor more views of what's happening inside the air-filled cavities that we call sinuses.

Your ENT doctor can help relieve your discomfort by listening to your symptoms, carefully performing a full assessment, and curating a treatment plan tailored to your needs. Make the call today!